The History of Pilmuir Works and “The Linen Apartments”

Search and Book “The Linen Apartments”

During the 19th century, Dunfermline became a world leader in the manufacture of table linen. Although damask weaving had been introduced in the town early the previous century, it look some time to develop. The scale of this could not have been achieved without the introduction of steam power and Pilmuir Works is credited as being the first of Dunfermline’s power loom linen mills

The Linen Apartments building is the oldest one on the site. It dates back to 1816 and was known as the warehouse in the north-west corner. To it was then attached an engine shed (current chimney added later) and factory, as can be seen in the 1854 Ordnance Survey plan

To the east is a house and garden, facing onto Pilmuir Street. In the centre is largely laid out as gardens, possibly attached to Railside Cottage (south-west corner).

It was in 1849 that Andrew Reid successfully established the use of steam powered looms on the site, the first in Dunfermline to do so. By 1860, there were 200 power looms in operation at Pilmuir. Activity would appear to have been concentrated in this north-west corner of the current site until the later 19th century, when substantial expansion began, although some work was done (it is unclear what) by Robertson and Orchar (a Dundee-based mill-engineer and textile machinery manufacturing partnership with an architectural department) in the 1860s.

The period 1883-1901 saw expansion on a massive scale. The architect was Thomas Hyslop Ure and he designed the Pilmuir Street elevation, a 28 bay, 3 storey Italianate frontage to the site, weaving sheds and the iconic polychromatic red and yellow octagonal-plan brick industrial chimney. At this point in time, there were 700 looms and over one thousand people employed.

The companies who have run or had an interest in Pilmuir Works.

Founded by brothers, Andrew Reid (b.1805) and Henry Reid (b.1808), they established their business on the site in 1849 and are credited as having successfully introduced steam power to the site, the first in Dunfermline to do so. Henry Reid subsequently left in 1860 to set up Abbey Gardens Works

It is not clear whether this firm had any direct connection with Pilmuir. However, one of its partners, David Gavin Scott, would appear to have unsuccessfully experimented with steam power at Pilmuir in 1847.

HAY & ROBERTSON were Linen and Cotton Damask Manufacturers and Embroiderers, They already owned the adjacent St. Margaret’s Works  and they built the bridge over Foundry Street to link their two premises. This was known locally as ‘The Bridge of Sighs’. Their Caledonia Works were destroyed by fire. The following year, they successfully acquired Pilmuir Works from Andrew Reid & Co.

Dunlop acquired Pilmuir Works in 1947, who used it to produce cotton tyre cord. They subsequently sold it to Duracord, who produced a synthetic product for the same purpose.

Duracord went into receivership in 2005, leading to the closure of Pilmuir Works.

In 2017 Byzantian Developments Ltd acquired the site to redevelop into residential and commercial units and also to regenerate the site and restore Scotland’s iconic built heritage. This was welcoming news to the local community as the building  had laid empty since 2005 and had become derelict and fell into disrepair following numerous fires. After 5 years of planning and building the new development “The Linen Quarter”  were completed.

In early 2021  StayDunfermline limited purchase the warehouse and “The Linen Aprtments” were born.  Check out here how the Apartments took shape.

A wee bit about StayDunfermline   Stay Dunfermline offers luxury, self-catering serviced apartments in the city centre to visiting business and leisure travelers. We have 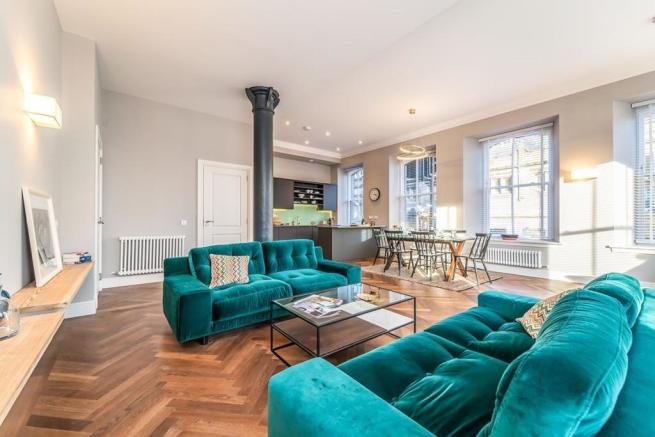 Finding an ideal accommodation when you travel is an important decision. You’ll want to relax after a day’s activity. You’ll also want to be comfortable

Please enter your username or email address. You will receive a link to create a new password via email.

Compare
We use cookies on our website to give you the most relevant experience by remembering your preferences and repeat visits. By clicking “Accept All”, you consent to the use of ALL the cookies. However, you may visit "Cookie Settings" to provide a controlled consent.
Cookie SettingsAccept All
Manage consent

This website uses cookies to improve your experience while you navigate through the website. Out of these, the cookies that are categorized as necessary are stored on your browser as they are essential for the working of basic functionalities of the website. We also use third-party cookies that help us analyze and understand how you use this website. These cookies will be stored in your browser only with your consent. You also have the option to opt-out of these cookies. But opting out of some of these cookies may affect your browsing experience.
Necessary Always Enabled
Necessary cookies are absolutely essential for the website to function properly. These cookies ensure basic functionalities and security features of the website, anonymously.
Functional
Functional cookies help to perform certain functionalities like sharing the content of the website on social media platforms, collect feedbacks, and other third-party features.
Performance
Performance cookies are used to understand and analyze the key performance indexes of the website which helps in delivering a better user experience for the visitors.
Analytics
Analytical cookies are used to understand how visitors interact with the website. These cookies help provide information on metrics the number of visitors, bounce rate, traffic source, etc.
Advertisement
Advertisement cookies are used to provide visitors with relevant ads and marketing campaigns. These cookies track visitors across websites and collect information to provide customized ads.
Others
Other uncategorized cookies are those that are being analyzed and have not been classified into a category as yet.
SAVE & ACCEPT